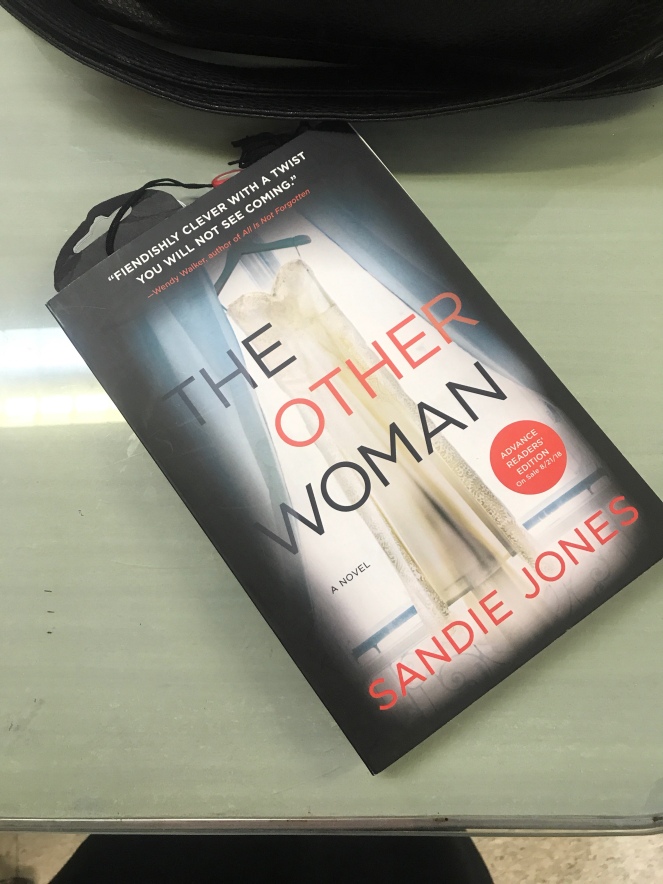 But lurking in the shadows is a rival; a woman who shares a deep bond with the man she loves.

Emily chose Adam, but she didn’t choose his mother Pammie. There’s nothing a mother wouldn’t do for her son, and now Emily is about to find out just how far Pammie will go to get what she wants: Emily gone forever.

The Other Woman is an addictive, fast-paced psychological thriller about the destructive relationship between Emily, her boyfriend Adam, and his manipulative mother Pammie.

This story is told from Emily’s point of view. She is a successful recruiter who meets Adam and they begin a whirlwind romance. He is the picture of perfection for her and she is completely smitten. A few weeks into their new relationship, Adam sets up a tea so that he can introduce her to Pammie *insert smirk*.

At first, when I received this book, I immediately formed my own speculation about who Pammie was. I was thinking crazy ex who cant let go. Boy was I wrong. Pammie is Adam’s mother and let’s just say she is definitely not the mom I would want to meet.

Pammie’s behavior toward Emily was so absurd that I was almost convinced that she and Adam had something of a Norman Bates relationship. She is so manipulative and conniving. Man, could this woman put on a show though. She was so good that she had Emily and myself second guessing things.

Of course, Emily has to fight this battle of Pammie on her own besides confiding in her close friends and her family. Adam is of no help because dear sweet, sweet mom can do no wrong. Emily just can’t see what a wonderful person she is and that she is just a lonely woman who loves her son. Basically a bunch of mommy’s boy bull!

The closer I got to the end of the story the more I thought I had it all figured out. I just KNEW what was going to happen. I had all my clues lined up in my mind and then, BAM! Sandie threw in a twist. She not only threw in a twist but she twisted the ending completely out and that is something that is very important when reading a suspense novel.

My only  complaint is that I felt the ending of the story was a bit too rushed but not enough to take away from the novel as a whole. I am looking forward to seeing what else Sandie Jones has to offer.

I recommend this novel to anyone who enjoys a good domestic, psychological suspense thriller and needs a quick read.

I received this book from Minotaur Books (a St. Martin’s press imprint) in exchange for an honest review.

I also reviewed this book on the 3 Book Girls podcast and I promise I didn’t give away any spoilers.