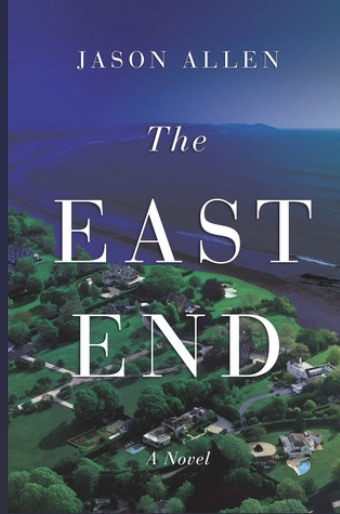 After graduating high school, Corey Halpern would love to leave the Hamptons and never look back. He is stuck though, saddled with responsibility for his alcoholic mother, Gina, and his younger brother. So for now, he finds momentary escape by breaking and entering. The night before Memorial Day weekend, he targets the estate of Leo Sheffield, the billionaire CEO for whom he and Gina work.  But everything goes awry. Leo arrives suddenly—and he’s not alone. As Corey looks on in stunned horror, he witnesses a fatal mishap…as does another traumatized onlooker. With everything to lose, Leo will do whatever it takes to cover up the truth. Things spiral out of control, however. Pushed to their limits, Corey, Gina, and Leo all hurdle towards climactic showdowns as explosive as the holiday fireworks lighting up the night sky.

I think this is going to be the summer of reads about wealthy vacationing going wrong, lol. And I am here for all of it. Here in this story you have a young man, Corey, who is trying to figure out how to get out of his current life situation without having the stress of worrying about his younger brother and their pill popping, alcoholic mother. While out and about one night engaging in mischievous behavior, he is pulled into an issue that is going to set the scene for his summer and some important decision-making.

From the outside looking in, you think that Leo is living the perfect life with his wife and family, but in reality it is a sham and he is unhappy. He is harboring a secret that could cost him much more than he is willing to pay.  While trying to hide one secret, Leo finds himself in a much worse predicament that drives him further down the path of self-destruction.

Gina, the pill popping, alcoholic mother is such a train wreck. I thought she was a functioning addict but quickly realized that she did not have herself together whatsoever. She not only put her life in jeopardy, but also her job and the lives of her children. While being Leo’s confidant, she finds herself in a predicament that is not helpful to her already messed up situation with her addiction.

As the one single event that was supposed to transpire in secret starts unravelling and the lives of Corey, Gina, Leo, and unfortunately, Angelique become intertwined you realize that there may not be a happy ending for anyone. There are secrets, threats, and plain fear involved. You see everyone’s moral compasses spinning rapidly as they all try to figure out what to do, who to trust and when to let go.

Available May 7, 2019 in ebook, hardcover, and audiobook

I would like to thank Park Row Books for having me on the blog tour for this novel. All opinions are honest and my own.