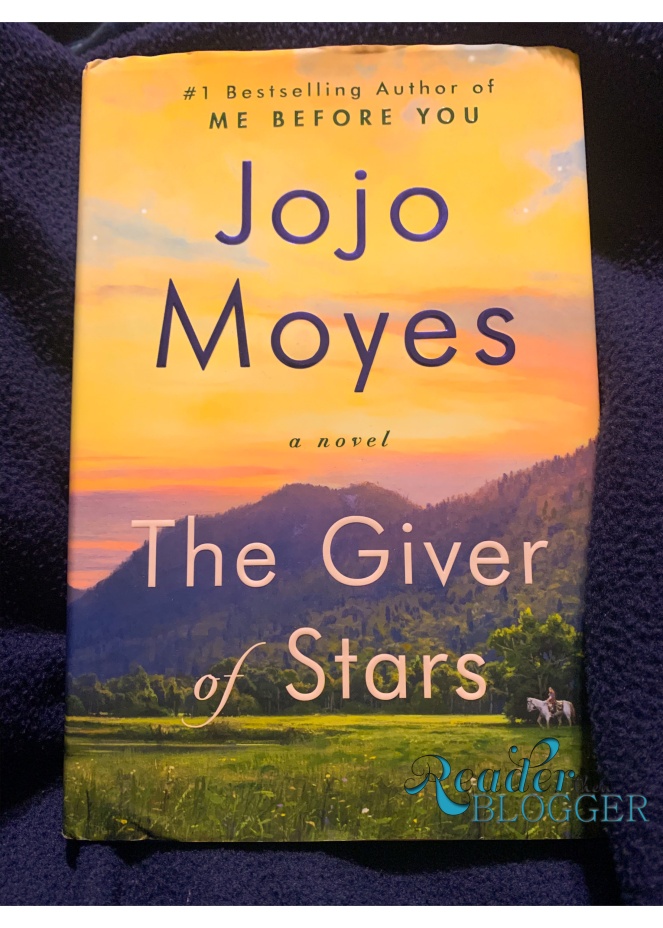 Alice Wright marries handsome American Bennett Van Cleve hoping to escape her stifling life in England. But small-town Kentucky quickly proves equally claustrophobic, especially living alongside her overbearing father-in-law. So when a call goes out for a team of women to deliver books as part of Eleanor Roosevelt’s new traveling library, Alice signs on enthusiastically.

The leader, and soon Alice’s greatest ally, is Margery, a smart-talking, self-sufficient woman who’s never asked a man’s permission for anything. They will be joined by three other singular women who become known as the Horseback Librarians of Kentucky.

What happens to them—and to the men they love—becomes a classic drama of loyalty, justice, humanity and passion. Though they face all kinds of dangers, they’re committed to their job—bringing books to people who have never had any, sharing the gift of learning that will change their lives.

Based on a true story rooted in America’s past, The Giver of Starsis unparalleled in its scope. At times funny, at others heartbreaking, this is a richly rewarding novel of women’s friendship, of true love, and of what happens when we reach beyond our grasp for the great beyond.

I have been a fan of Jojo Moyes since reading Me Before You. I have read almost all her backlist published before it and have read almost all her books published since. I could almost not contain my excitement for The Giver of Stars when I learned it was being published. The fact that this story doesn’t take place in Europe but rather in America definitely had an extra appeal to me. I love historical fiction and knew nothing of the traveling libraries.

While the story does take place in Kentucky, our heroine hails proudly from England. She is an outsider in a world where you think she would be accepted just by the color of her skin but that is not the case. Alice is trapped in a marriage that should have been all she wanted and more. Her husband cared more about pleasing his father and keeping up appearances than he did his own wife. Instead of being loved for who she was, Alice was almost smothered out of it. Joining the traveling library showed her that everything was not all bad in Kentucky. Although it took some time, she was able to make friends even if she did manage to still keep her biggest enemy who was unfortunately so close to home.

Alongside Alice, we also have another strong female character, Margery. She has been an outcast her whole life in the very place she calls home. Living under the shadow of the terrible things her father did, Margery has had to make her own way and live her life under awful scrutiny. The great thing about her is that she did not care how society viewed her. She worried about herself and what made her happy.

Together with a couple other women who all have something for their fellow townsmen to complain about or dislike, they band together on a mission that is almost doomed from the beginning. They are trying to bring literacy to a class of people who wouldn’t otherwise have access to it. When a horrific crime is revealed after a long winter, things start to spiral out of control for the women and their library.

This story was full of girl power and while showing how some beautiful parts of Kentucky, it did not sugarcoat or hide the prejudices of class and race. It also shows how books can bring people together.

A special thank you to Pamela Dorman Books for my gifted copy in exchange for an honest review.