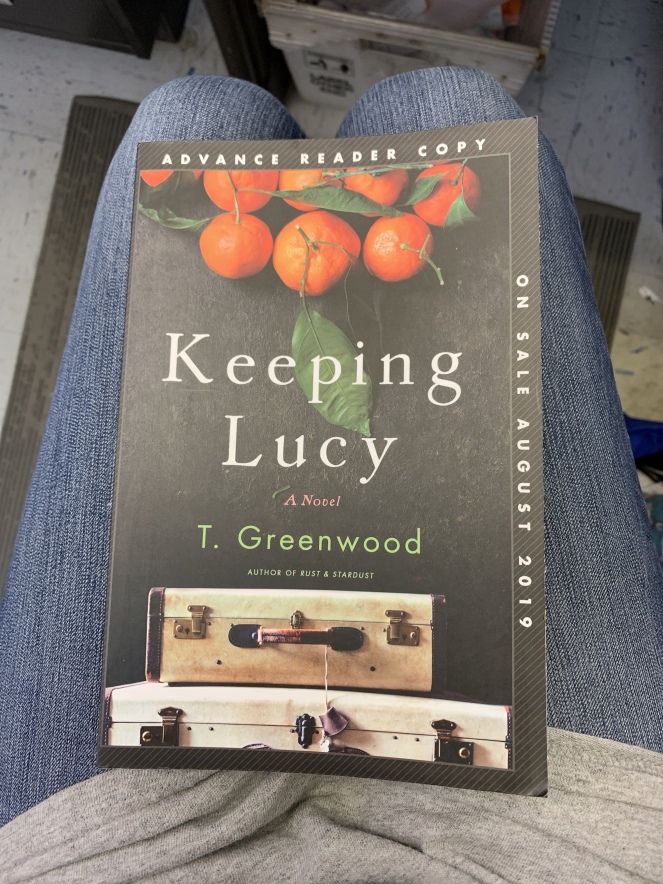 Dover, Massachusetts, 1969. Ginny Richardson’s heart was torn open when her baby girl, Lucy, born with Down Syndrome, was taken from her. Under pressure from his powerful family, her husband, Ab, sent Lucy away to Willowridge, a special school for the “feeble-minded.” Ab tried to convince Ginny it was for the best. That they should grieve for their daughter as though she were dead. That they should try to move on.

But two years later, when Ginny’s best friend, Marsha, shows her a series of articles exposing Willowridge as a hell-on-earth–its squalid hallways filled with neglected children–she knows she can’t leave her daughter there. With Ginny’s six-year-old son in tow, Ginny and Marsha drive to the school to see Lucy for themselves. What they find sets their course on a heart-racing journey across state lines—turning Ginny into a fugitive.

For the first time, Ginny must test her own strength and face the world head-on as she fights Ab and his domineering father for the right to keep Lucy. Racing from Massachusetts to the beaches of Atlantic City, through the Blue Ridge Mountains of Virginia to a roadside mermaid show in Florida, Keeping Lucy is a searing portrait of just how far a mother’s love can take her.

I love a book that presents a subject that makes you think.  This book in particular caught my attention because it deals with the subject of special needs children.  While in present time there are better opportunites and more support systems, how would parents have faired during a time shuch as the one in the novel when that was not the case.  Should a parent be judged for the decision they make? How far is a mother, or father willing to go?

I am not a parent of a special needs child, however, I felt so infuriated for Ginny. She was forced into a decision that only she ended up paying emotional consequences for. Her husband and father-in-law made a life changing decision on her behalf that put her child into a situation that was almost detrimental. Luckily Ginny had a great friend to help her and she also found her backbone. She did what she felt she needed to do in order to protect her child even if it meant risking her own freedom and marriage.

It’s funny how a situation makes you reevaluate every decision you have made in your life up to that point. That’s another thing I enjoyed about this story. It forced Ginny to step back and realize that she did not have to take everything that was thrown her way. She didn’t have to settle for what others wanted or decided for her.

This story makes you think about decisions you’d make as a parent and show you that even when you feel powerless, it only takes a small amount of courage to do what you believe is the right thing to do.

Thank you to St. Martin’s Press for my review copy.